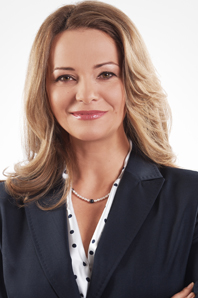 Vyara Ankova is Vice President of Advance Media Group and member of the Board of Directors of Nova Broadcasting Group (NBG). She joined NBG’s team in 2017 as General Director News. In January 2019 she became Executive Director of the company up until February 2020.

Vyara Ankova was a stringer for CNN from Bulgaria in the program World Report from 1992 to 1996. For a long period of time, she was editor and news presenter of the prime time news program “Around the World and at Home” of BNT until 2000, when she became a correspondent of Bulgarian public broadcaster in Greece. In 2004 she came back to Bulgaria to take the position of Head of News, Current Affairs and Sport in BNT for a period of 6 years.