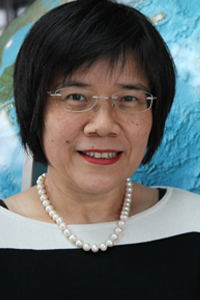 Since November 2019, Xiaoying Zhang has been deputy head of International Relations and Diversity at Deutsche Welle, Germany’s international broadcaster. In 2006 Ms. Zhang joined the International Relations department and was its deputy head from 2007 to October 2019. In addition, as the international communications officer from 2012 to 2015 she was responsible for DW’s English-language press website, press releases and publications as well as the relations with international press. From 1997 to 2005 she worked as senior editor for the Chinese Program of DW RADIO, in charge of program planning, coverage of currents affairs and moderation of live programs. She studied American Studies as well as Art History in Beijing and Frankfurt am Main and obtained her master’s degree in philology at Goethe University in Frankfurt. On June 1, 2021 Ms. Zhang was elected as a member of the International Broadcasting Committee of the European Broadcasting Union for a two-year term and represents DW in this expert group.